We did some product and recipe testing with a variety of beer jellies from Jus-Jellin who makes a selection of hand crafted artisan beer jelly  using beers crafted by the award winning The Publican House Brewery located in Peterborough Ontario.

This collection of sweet, savory and spicy jams are a great mix of condiments that are great tasting stand-alone condiments to be paired with meats and cheese or used as toppings on everything from steak and burgers to pancakes. We are looking forward to using this at our Angle Iron Kitchen food truck in 2018.

We made grilled cheese sandwiches with turkey, a bit of brie and sourdough bread slathered in the delicate High Noon Ale Beer jelly, which made for an impressive snack that lead to a revised version of our Pot Roast Poutine topped with cheese curds, pan gravy, pickled onions and a healthy dollop of the Pub House Ale Beer Jelly. Damn what a feast! 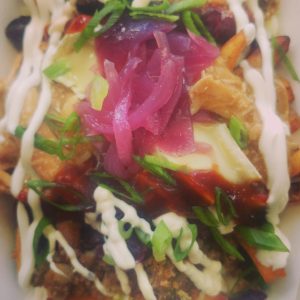 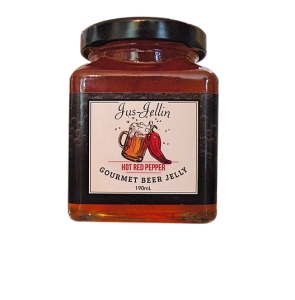 Preheat a cast iron skillet over medium heat.  Sauté the onions until they begin to turn golden brown. Remove the skillet from the heat and add the garlic, cooking it for a couple of minutes while continuously stirring. Stir in the beer jelly until it softens and becomes syrupy before stirring in the Chef Salt, Chip Dip S#!T, cream cheese and sour cream. Stir the mixture until evenly incorporated before adding the aged cheddar cheese. Again stir the mixture until evenly mixed. Season to taste with salt and fresh cracked pepper. Top the dip with the grated Parmesan cheese. Transfer the skillet to the oven set to broil. Broil the dip until it becomes bubbly and the Parmesan browns up nicely.  Let it cool down a bit before serving with dippers and be aware that the pan handle will be hot, so maybe cover it with an oven mitt or kitchen towel. 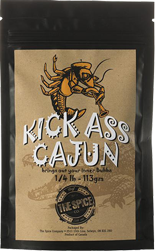 In a mixing bowl whisk together the beer jelly with the Kick Ass Cajun, garlic and onion and set aside. Split the chickens 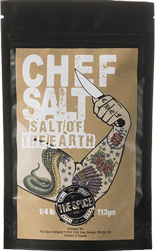 in half, lengthwise. Place 2 chicken halves in a large Dutch oven or slow and pour half of the beer jelly mixture over the chicken. Repeat the process with the remaining chicken halves.

Cook the chicken on low in a slow cooker or in the oven at 285 °f for about 5-7 hours. When the chicken is done and the meat falls freely from the bones, transfer the chicken to a large bowl, reserving the cooking liquid. Using a couple of forks pull the chicken apart, shredding it into pieces while discarding the bones.

Add the cooking liquid, one cup at a time into the shredded chicken until it is good and saucy but not soupy. Serve the pulled pork on crusty bread with some of the Square Nail Skillet Fired Onion Dip, pickles, smoked Gouda, mayo and thinly sliced red onions.